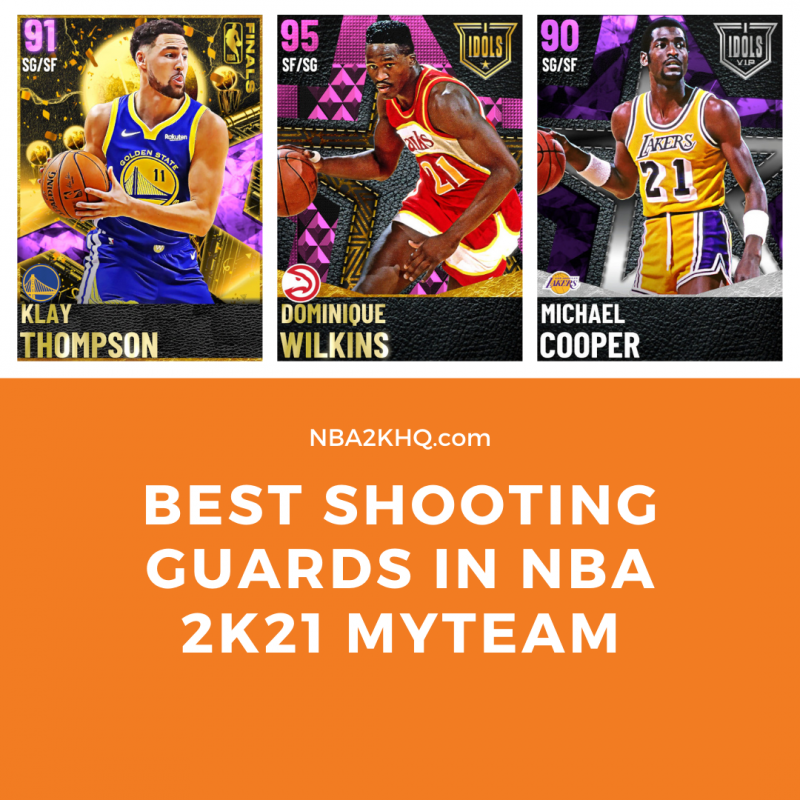 Shooting Guards are often disrespected in MyTeam, given less focus despite their massive impact on each game.

In this post we break down the best SGs in 2K21 Myteam, broken down into categories that will help you build a competitive squad.

Best Slasher: PD Dominique Wilkins. Elite dunking ability and a more-than-capable shooter and defender. Deadly in fastbreak scenarios and will dunk on everybody.

Best Sharpshooter: Ruby Ray Allen (for a better jumpshot) or Ruby Eric Gordon (no Steady Shooter and has Gold Quick First Step). Both are cheap.

Best SG that isn’t an SG: Diamond Deron Williams. A 6’10” wingspan allows D-Will to play the two and be a spot-up, secondary ball-handler, and decent defender.

The Future Best SG: PD Jaylen Brown. The Limited Reward that will be available at the end of November. Can shoot, clamp up, and jam it on anyone.

Who are you running at SG on your squad?